Everything You Need to Know About Ethereum 2.0 Before the Merge 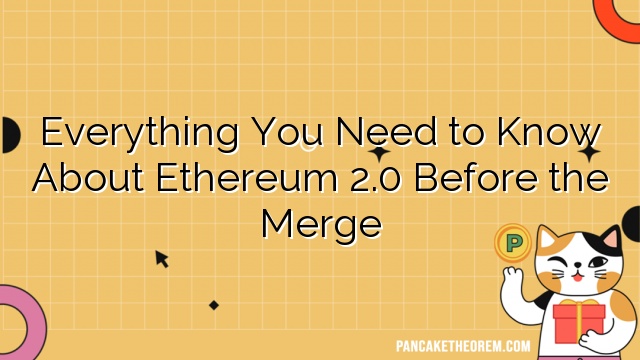 With Ethereum 2.0 in motion, the Ethereum [ETH] blockchain’s move to a Proof-of-Stake Network is set to become a reality. Users and engineers are enthusiastic about the changes this update will bring to the network. The merging on Ropsten is slated for 8 June, and the whales appear to be preparing for a price increase that may follow.

The number of addresses holding 32+ Ether Coins has reached a 13-month high of 111,291 according to statistics from Glassnode. On June 3, a previous 13-month high of 111,285 was recorded. This indicates that as the Ropsten merging date approaches, more individuals continue to accumulate this alternative cryptocurrency.

Since May 31st, the number of addresses holding 1+ Ether Coins has increased steadily, according to statistics from the same source compiled at the time of publication. At the time of writing, there were 1,485,908 addresses listed. This indicates that both large and minor whales continue to amass tokens prior to the merging.

What actually is Ethereum 2.0?

Ethereum 2.0 is a new version of the Ethereum blockchain that verifies transactions by staking using a consensus process based on proof of stake.

The staking mechanism of Ethereum 2.0 will replace the proof of work approach, in which cryptocurrency miners employ high-powered computers to perform difficult mathematical computations known as hashes. To validate Ethereum transactions before they are published on the public blockchain, mining takes an ever-increasing quantity of power.

Proof of work systems need an enormous amount of energy. Bitcoin mining, for instance, presently requires 127 terawatt-hours of power annually (TWh). This is presently more than the total electricity usage of Norway.

ETH’s yearly energy usage is comparable to that of Finland, and its carbon impact is equivalent to that of Switzerland. Fortunately, it is anticipated that the merger would lower Ethereum’s carbon footprint by up to 99.95 percent, so addressing one of the cryptocurrency’s primary objections.

What is the difference between Ethereum and Ethereum 2.0?

Since April 2022, Ethereum has been operating two parallel blockchains, one using proof of work and the other utilising proof of stake. The merging will unify the Ethereum Mainnet blockchain (ETH1) and the Beacon Chain (ETH2) into a single blockchain.

Ahead of the integration, Ethereum developers recently abandoned the ETH1 and ETH2 nomenclature out of fear that it might confuse consumers.

Some investors who own Ether, the native cryptocurrency of the Ethereum Network, may have been perplexed by the apparent existence of two copies of the token on Coinbase and other prominent cryptocurrency exchanges.
When customers stake Ether on Coinbase, the ETH is converted to ETH2 and the values of ETH and ETH2 are equivalent. Once the merging is complete, these two versions will be the resulting version.

Staking will replace mining as the method for validating Ethereum transactions once the merging is complete.
To participate in the transaction verification process, staking requires users to lock up a specific quantity of bitcoin. In a proof-of-stake architecture, an algorithm determines which validator will add the next block to a blockchain depending on the amount of bitcoin staked by the validator.

To become an Ethereum validator, investors must risk at least 32 ETH. There are presently more than 300,000 validators for Ethereum. The greater the amount of ETH staked by a validator, the more likely the validator will create blocks. Each time a validator generates a block, the validator receives Ethereum in exchange for performing validation obligations.

Currently, the staking yield on Ethereum’s Beacon Chain is between 4.3 and 5.4 percent annualised (APR).
With Ethereum selling at over $1,900 and the minimum stake requirement of 32 ETH exceeding $59,000, staking may be rather expensive for the typical investor.

Individual investors may also join staking pools, which are groups of Ethereum investors that pool their resources and divide the benefits. For investors who are unwilling or unable to stake 32 ETH on their own, the majority of prominent cryptocurrency exchanges provide staking services.